Another weekend at Hell’s Gate found Fish, Hamish, and I on a mission to complete the route that Hamish and I had spied and explored a few weeks before. We geared up with all the tools we would need to send: 2 days, drill and bolts, a rack that would envy any wall monkey, and endless patience for faffing. 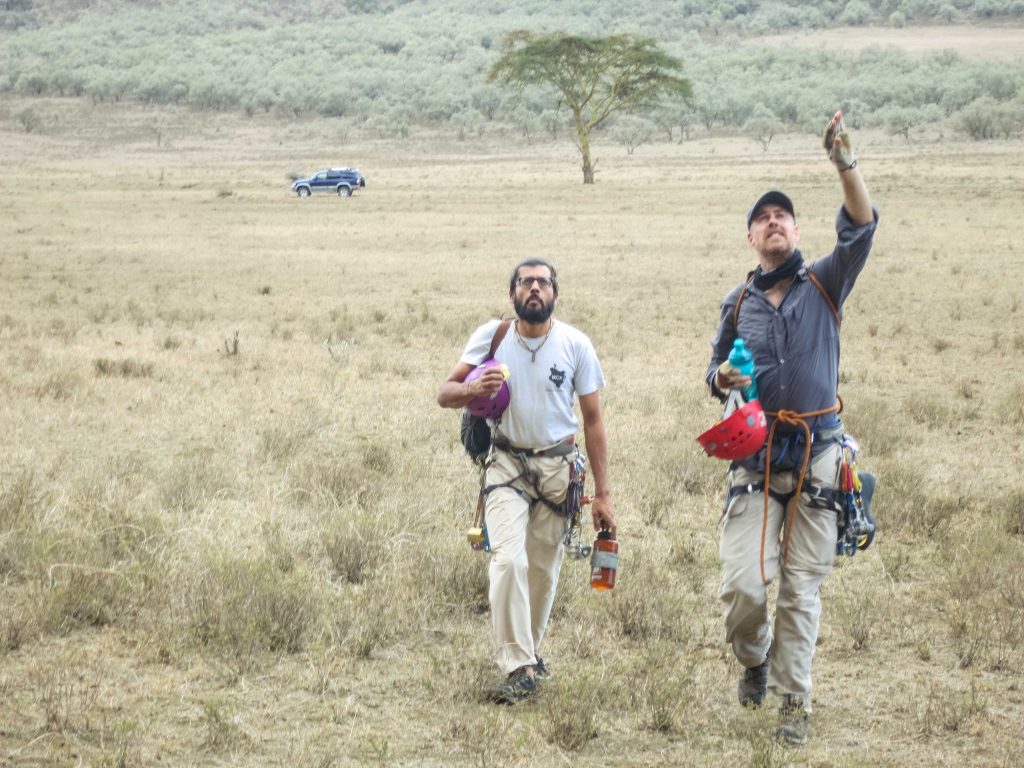 Fish, who had never been on the route, would be our secret weapon for sending the gnar. Hamish started us off by linking the first two pitches, gracefully dancing across the small holds and even smaller gear of the Wilson Traverse. 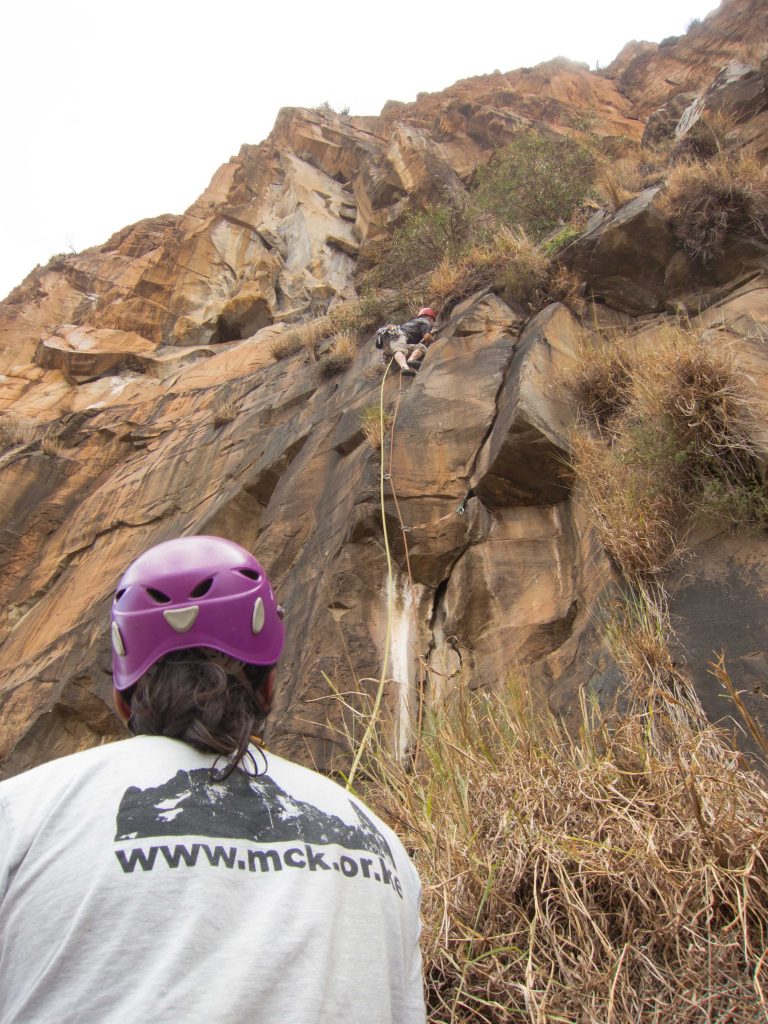 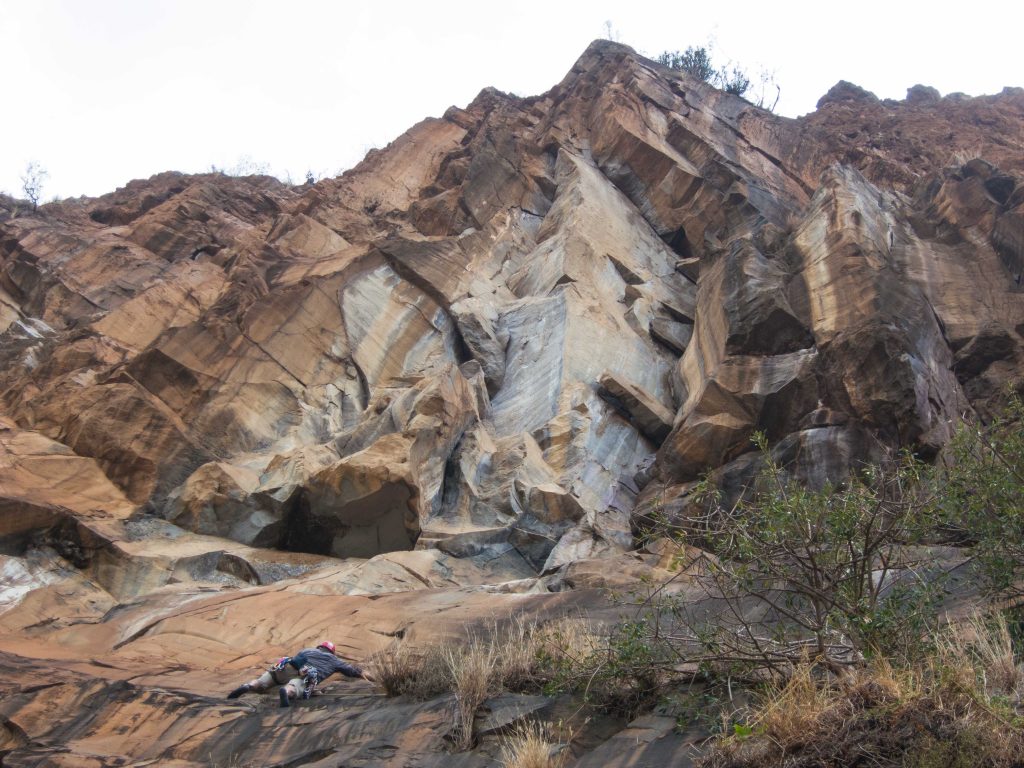 The legend crossing the Wilson traverse, below the final corner above 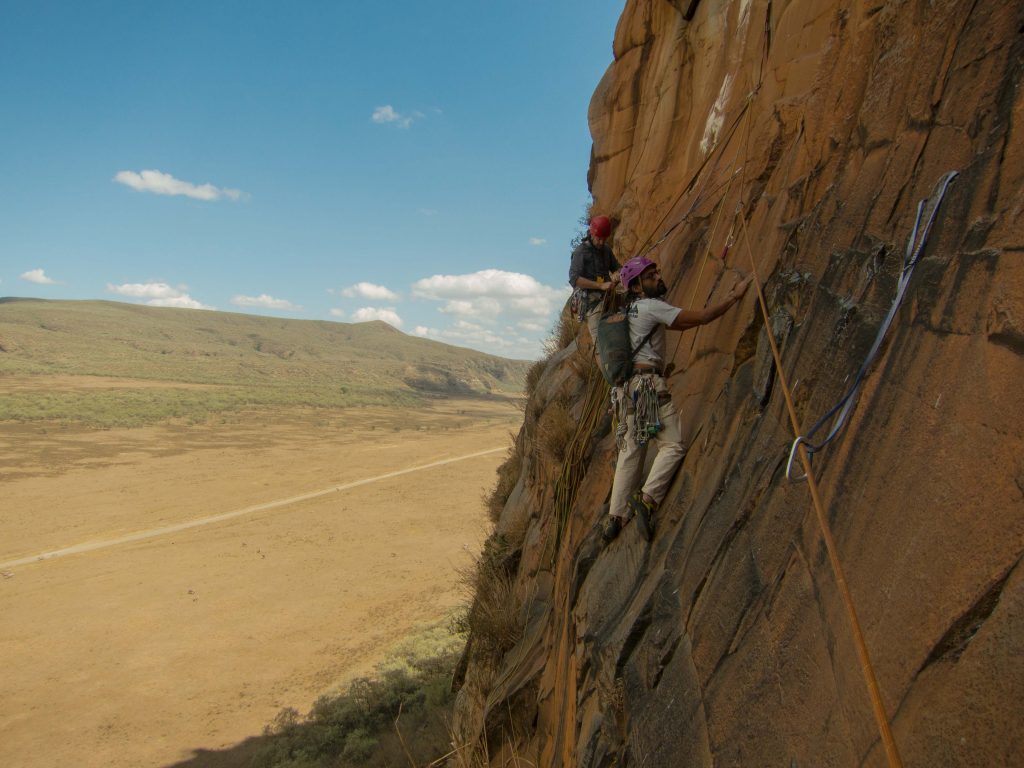 Across the Wilson traverse, arriving at the Fish Finger crack!

After the traverse, we found ourselves at the base of the first perfect splitter crack. Steep and clean, this beauty eats fingers and gear. Fish racked up and dispatched the Fish Finger Crack that had forced the rest of us to resort to aid! Then followed the only chossy part of the climb: a traverse on flaky rock and bird shit to get to the base of the white pillar. 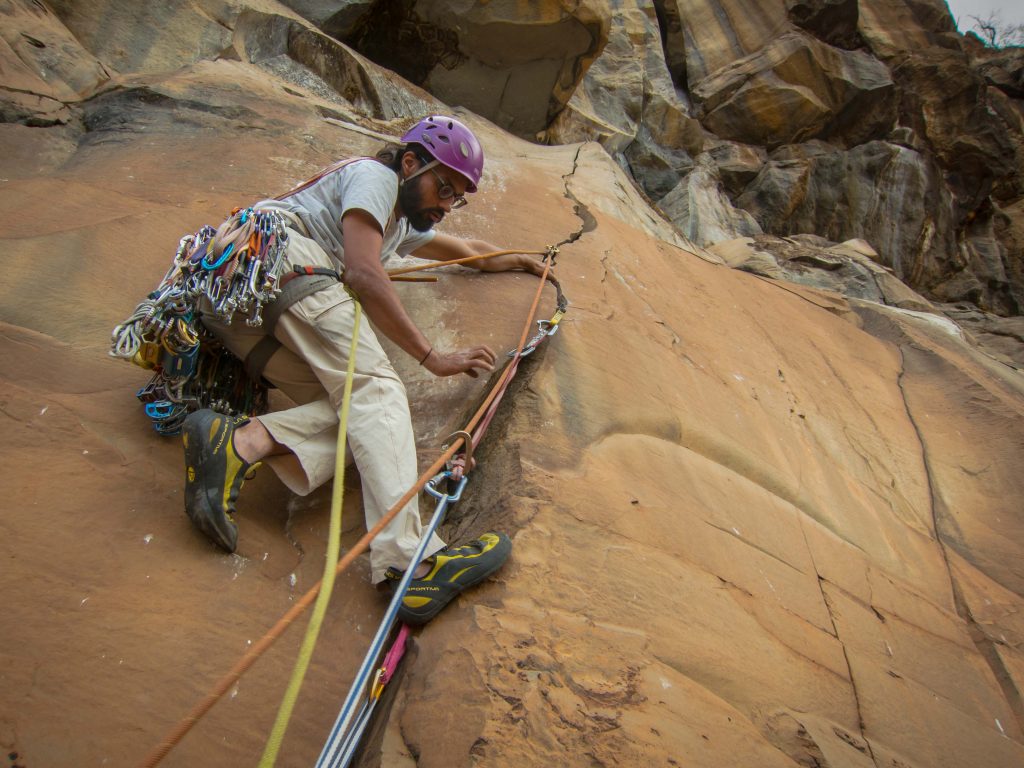 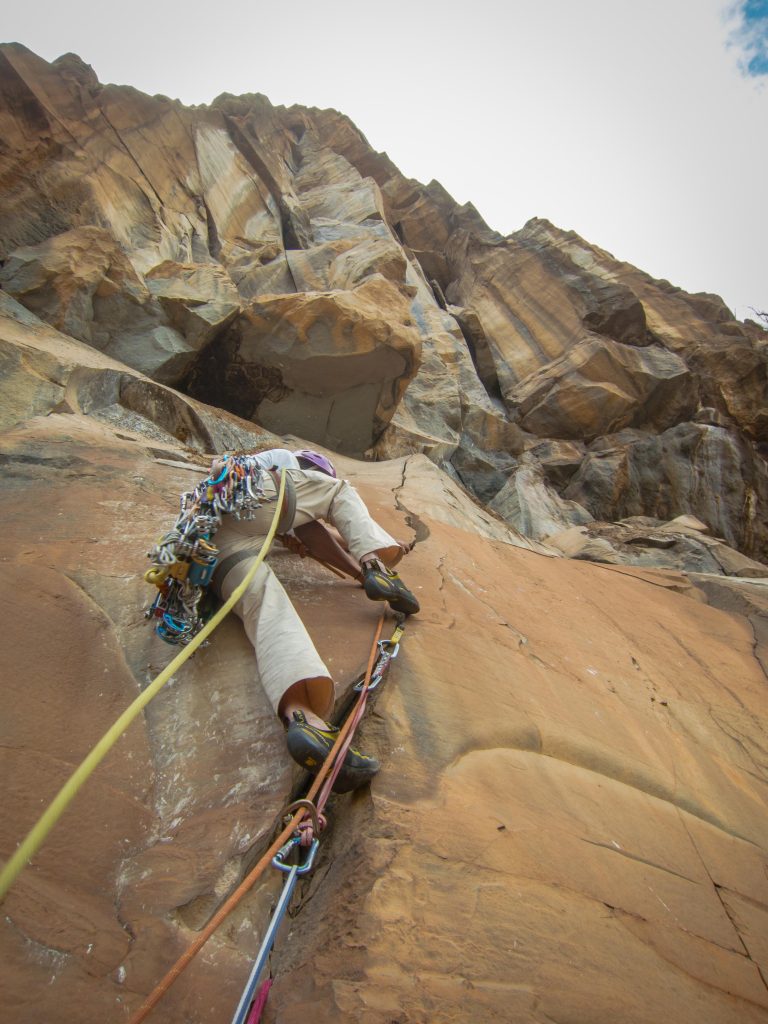 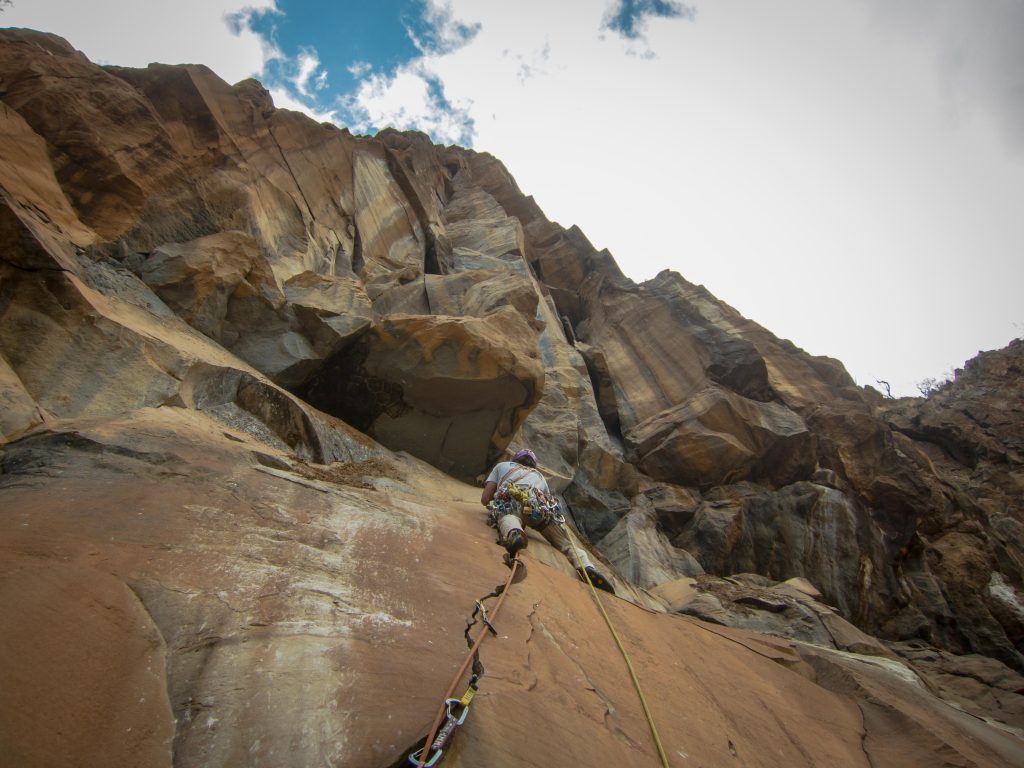 In the corner, Fish had to pull on gear once through a steep tips layback, and gingerly put himself atop the monster detached flake that had been the source of much consternation. The Guillotine Flake is a car-sized block that is wedged into the back of the chimney by its back edge. As Hamish and I sat at the previous belay, we could hear the reverberation of Fish’s movement as he set the anchor. The top of the flake, where we hoped to find an ideal belay, ended up being a wicked knife edge that made for a cramped place to hang out. 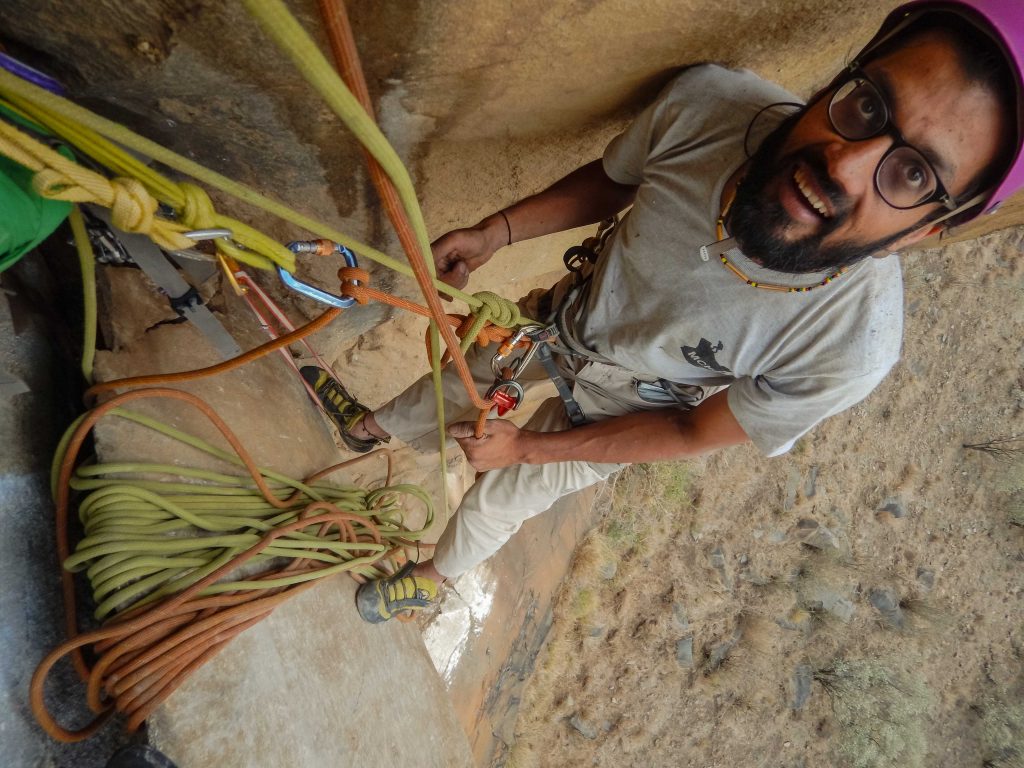 Fish at the Guillotine belay 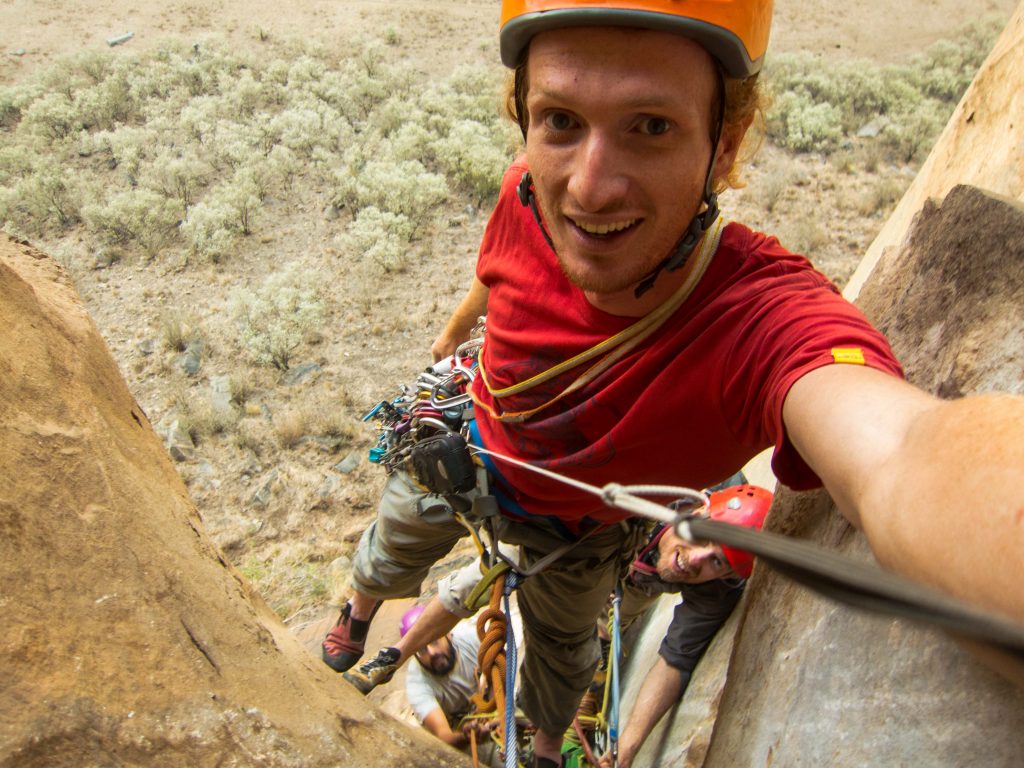 Our duplex belay in the corner

A bit of faff and building of multiple anchors allowed me to lead up into uncharted territory – above more hanging flakes and into a stem below the final roof. The hour was already late, so we decided to build an anchor and leave our ropes fixed to return in the morning. 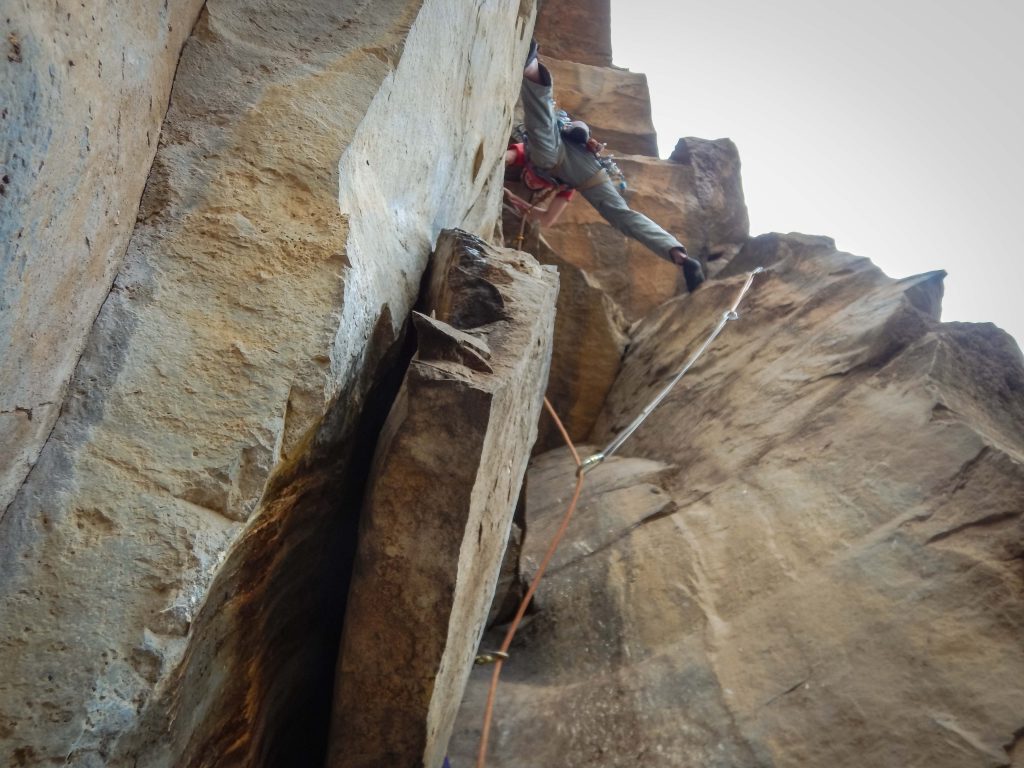 Setting the rap anchor, so we can jug up the next day

Unfortunately we had one more surprise in store. After shedding our heavy harnesses and freeing our bruised hips, we threw all of our gear in the car. A shutting door, the thump of the locks, and an exclamation from Hamish told us that we had locked the keys in the car. Time to walk to the gate. After chasing away some buffalo, we found the tools we would need in the bike repair shed, caught a ride back to our vehicle, and set about breaking into Hamo’s car. Unfortunately Hamish is a better trad climber than he is a thief, but after a few minutes we were in. 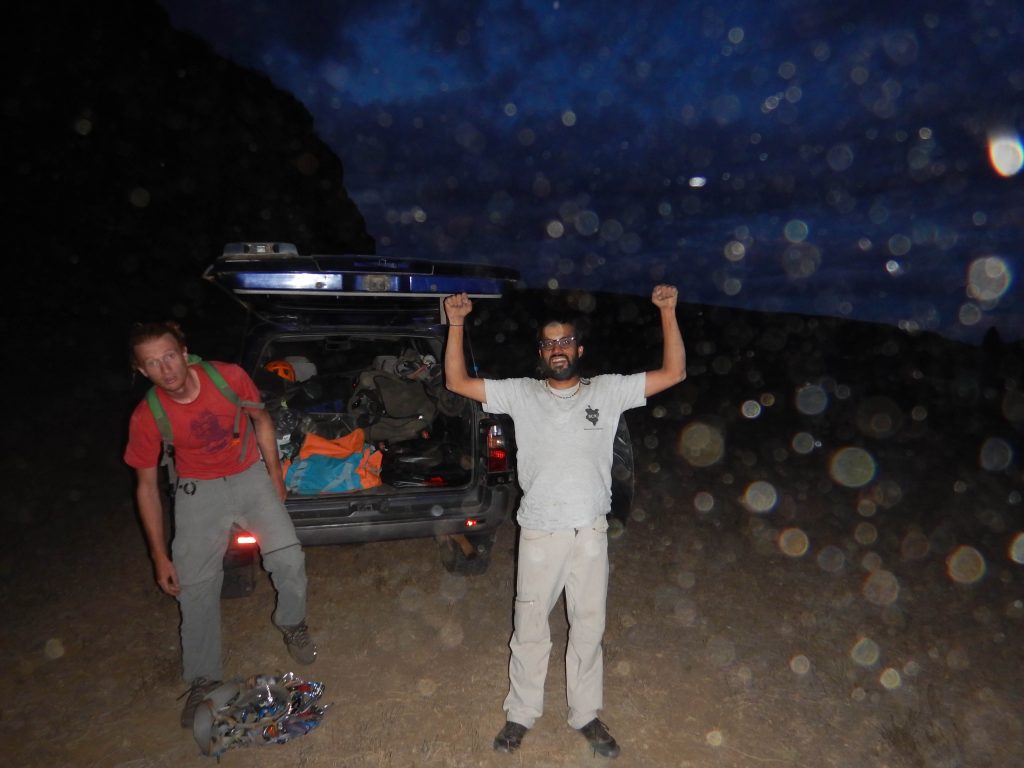 Just before we (Hamish) locked the keys in the car 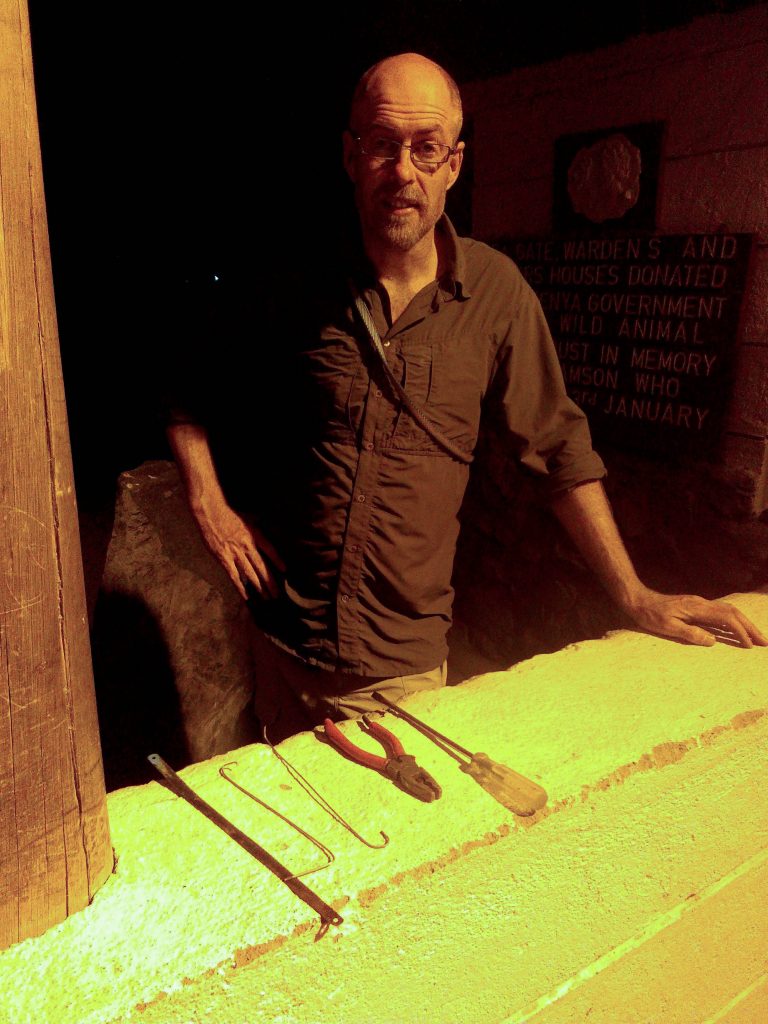 The tools of the car-thieving trade

The morning of the second day saw us taking turns commuting up our ropes with one jumar each. After figuring out our systems, we managed to huff and puff our way up 50m to establish ourselves at the final belay before the roof. Given that the space was barely enough for one person, faff we did until I could set out on lead on the beautiful roof crack that Hamish and I had seen months earlier. 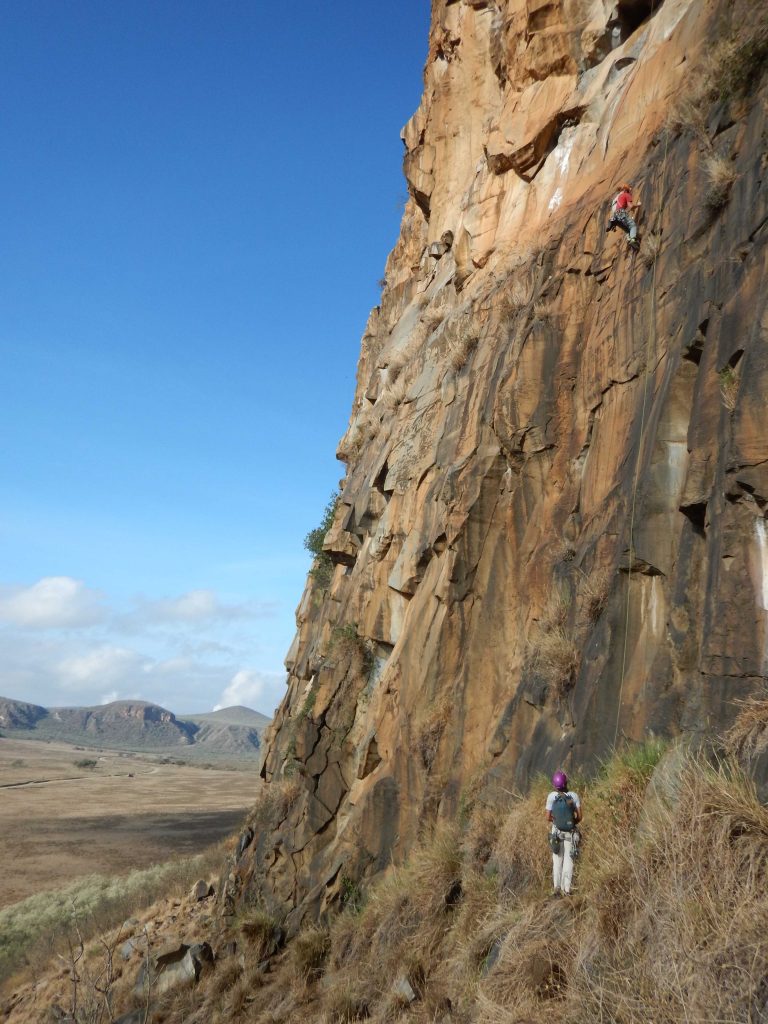 The morning commute on the second day 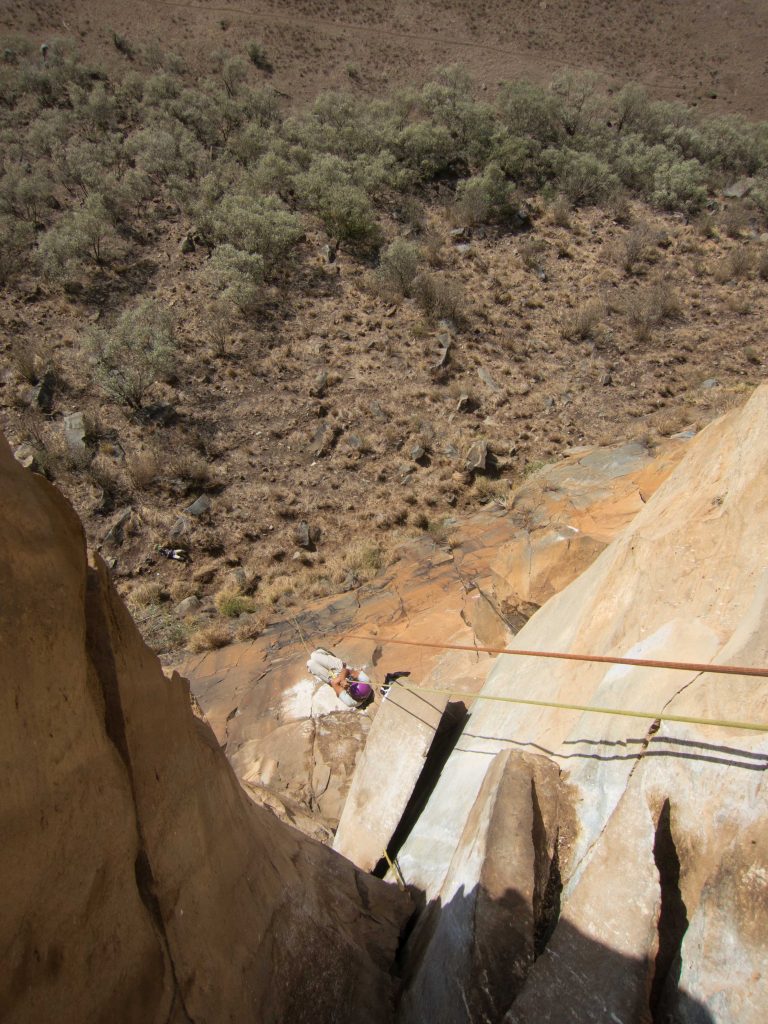 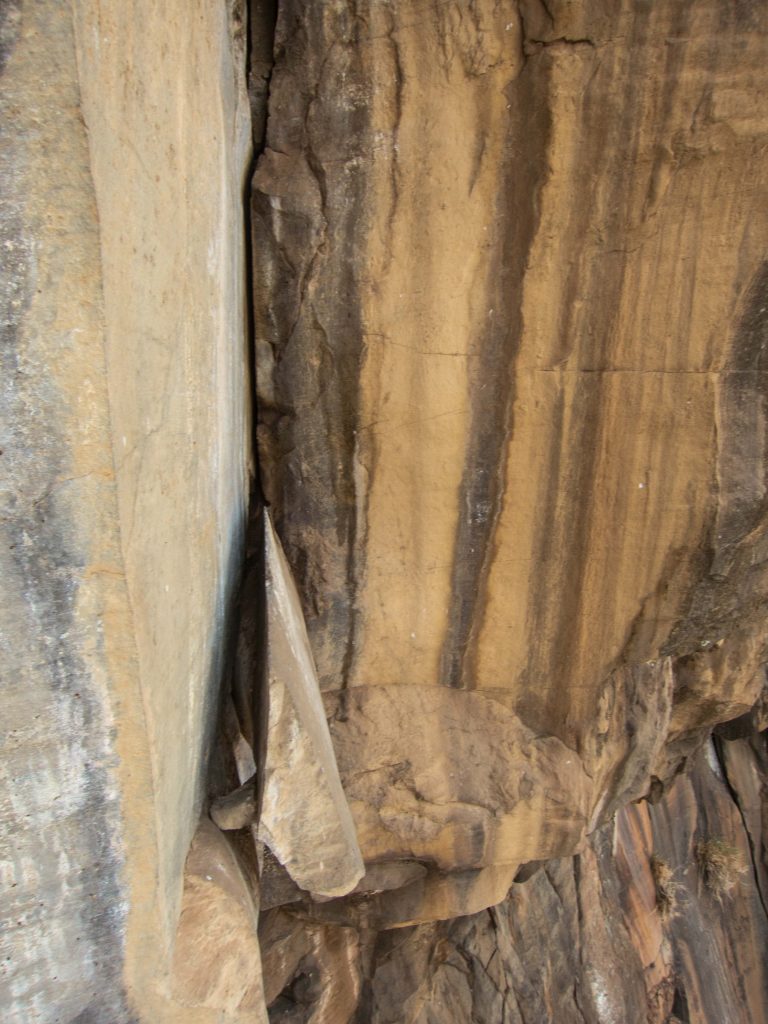 The massive Guillotine Flake – one of many sharp edges 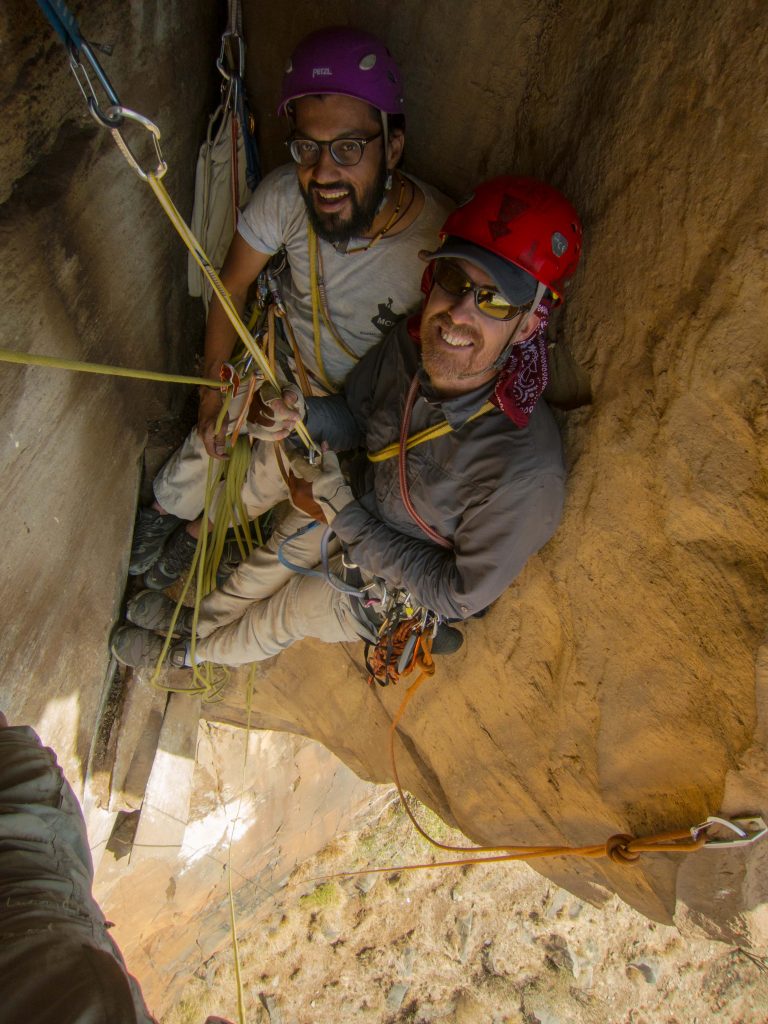 A cozy belay for Hamish and Fish. Visible is the bolt of Capital Punishment, where the line cut out of the corner and traversed right to escape the roof.

The final roof proved to be short and very stout. The initial stemming brings you out of the safety of the corner and into wild exposure, where a plumb line drops almost to the ground 50m below. The crack was thinner and greasier than expected, and the feet nonexistent, so I had to resort to aid after a few moves. Nevertheless, the position was incredible and I was able to savor every move farther out into space. 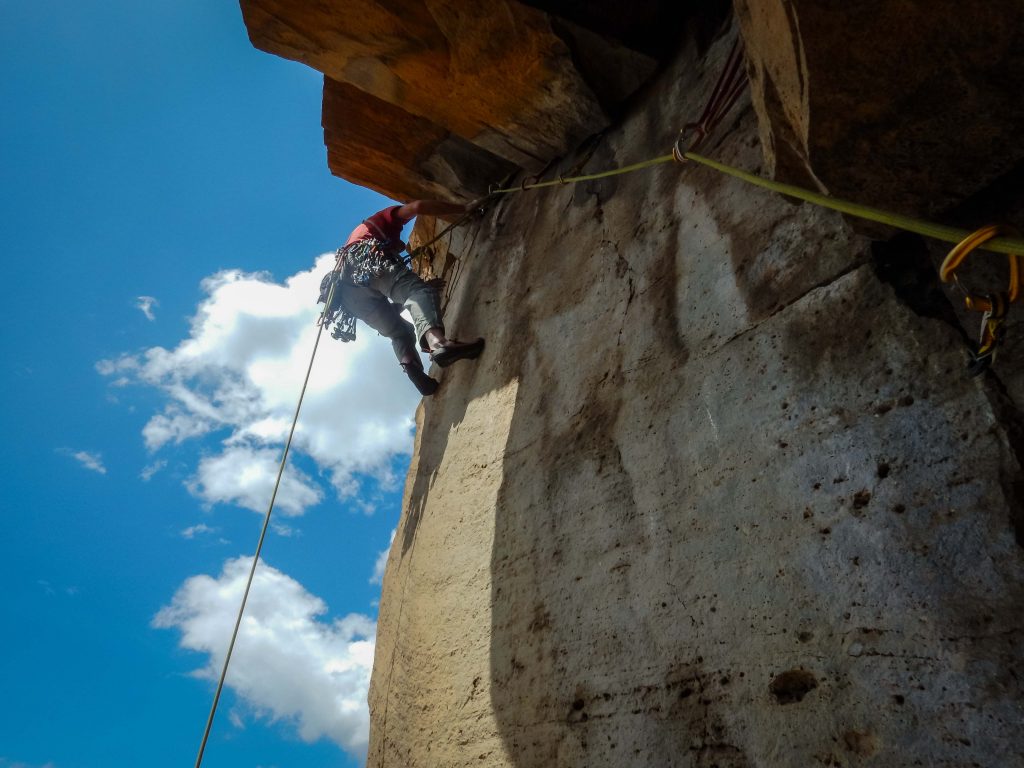 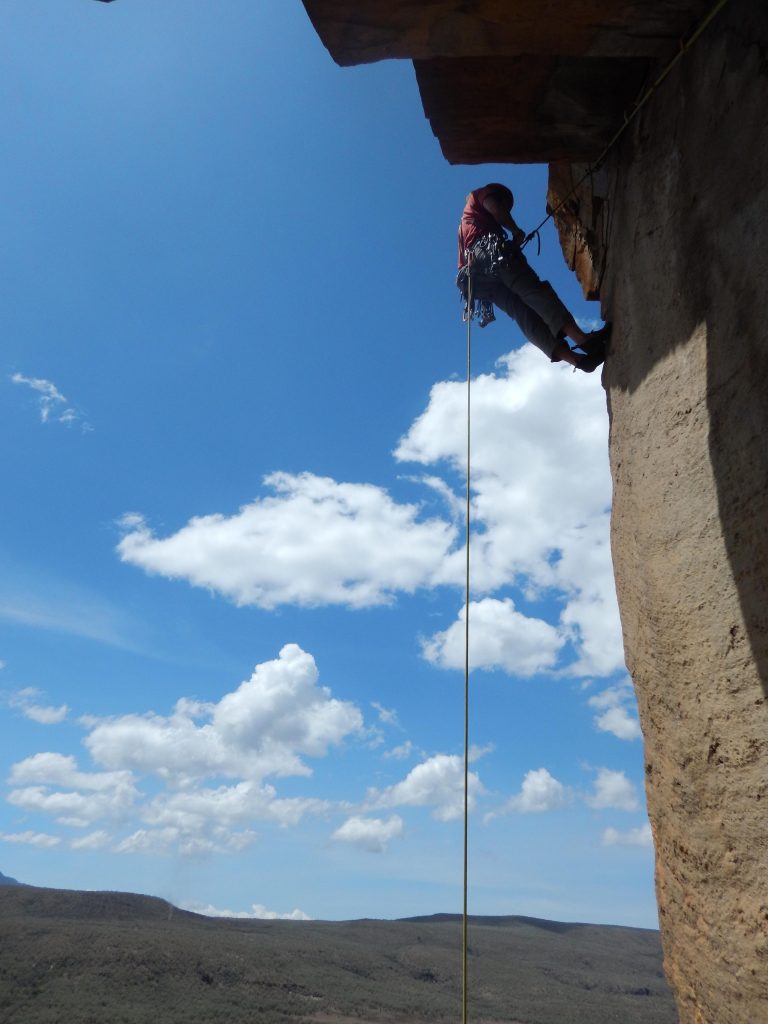 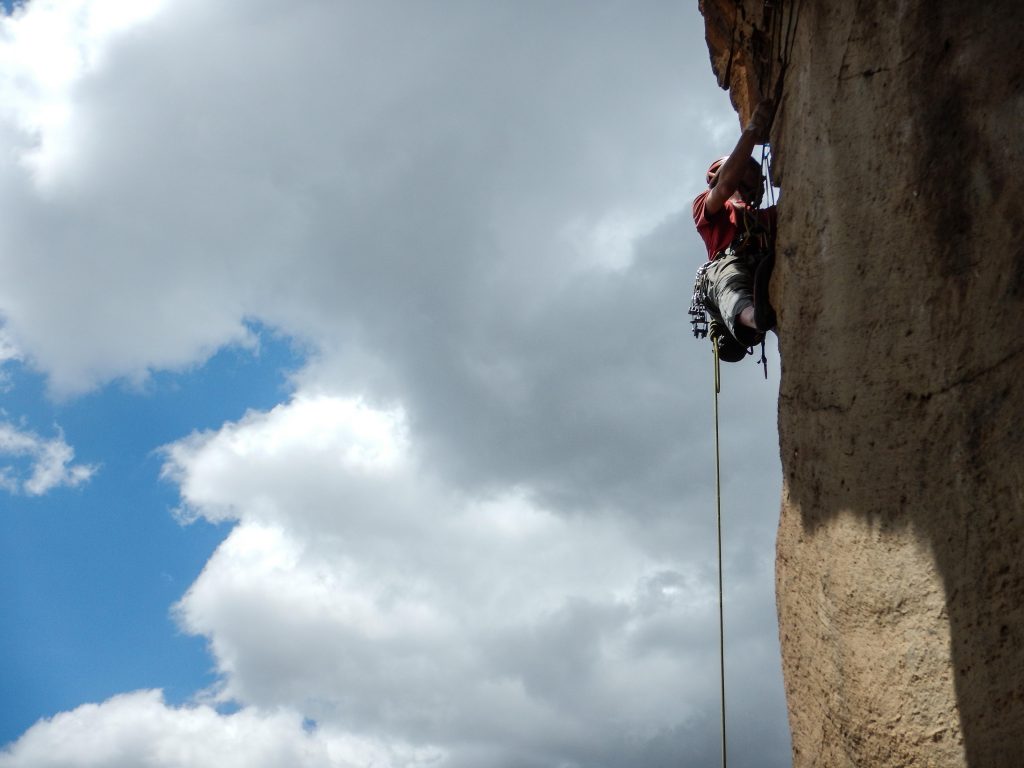 Exploring the moves around the corner before deciding that the anchor should be at the end of the roof.

Soon I found myself at the edge of the white pillar, where the arete interrupts the roof crack and leads to broken rock. What had previously seemed like a few steep moves to a belay ledge proved to be extremely difficult, with a very real potential to slice the lead rope on the razor-sharp arete in a fall. After some discussion we decided to bolt a rap anchor in the solid rock at the end of the roof crack. I tagged up the drill and pretty soon Hamish and Fish were able to follow the wild roof to my hanging stance. 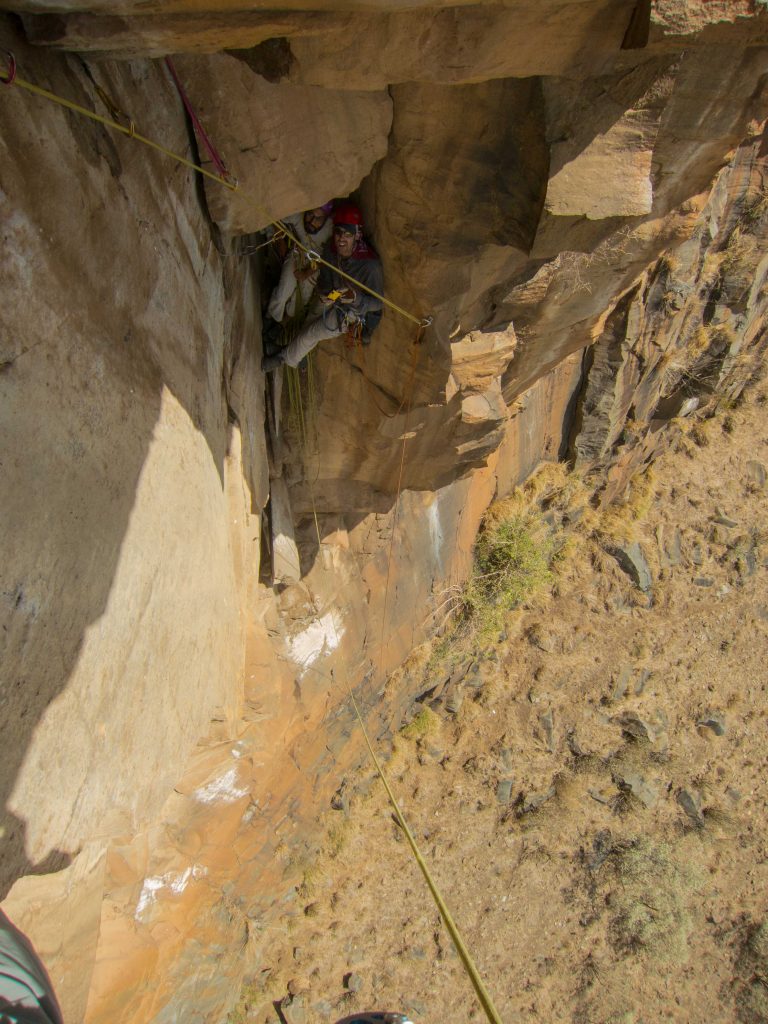 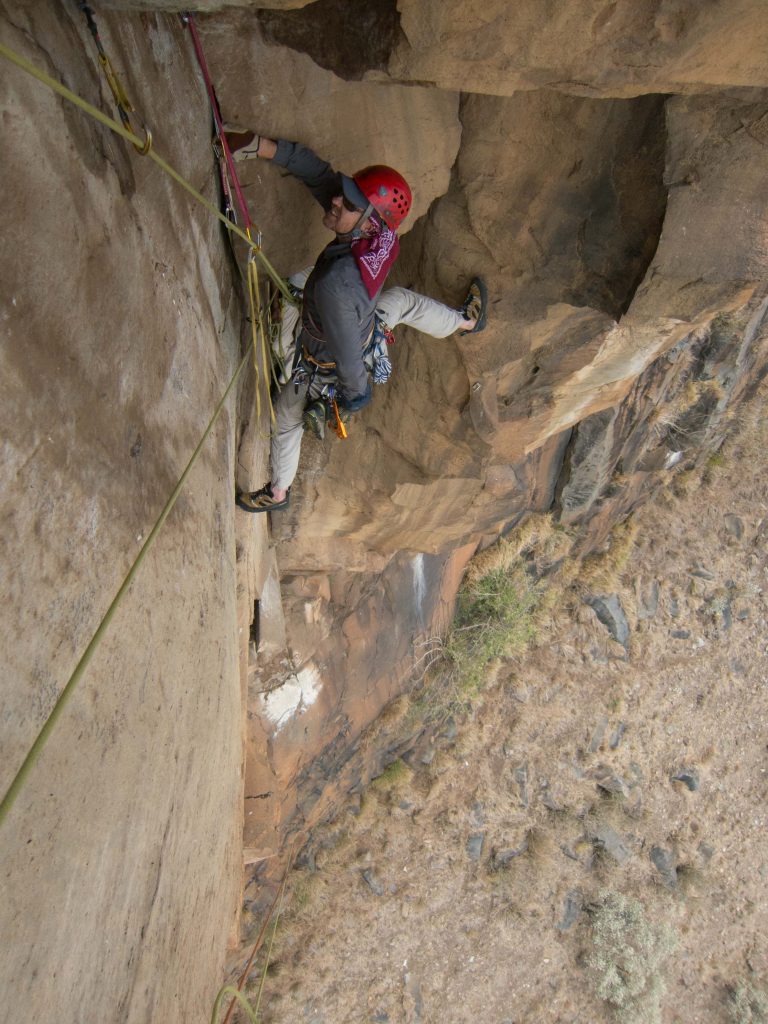 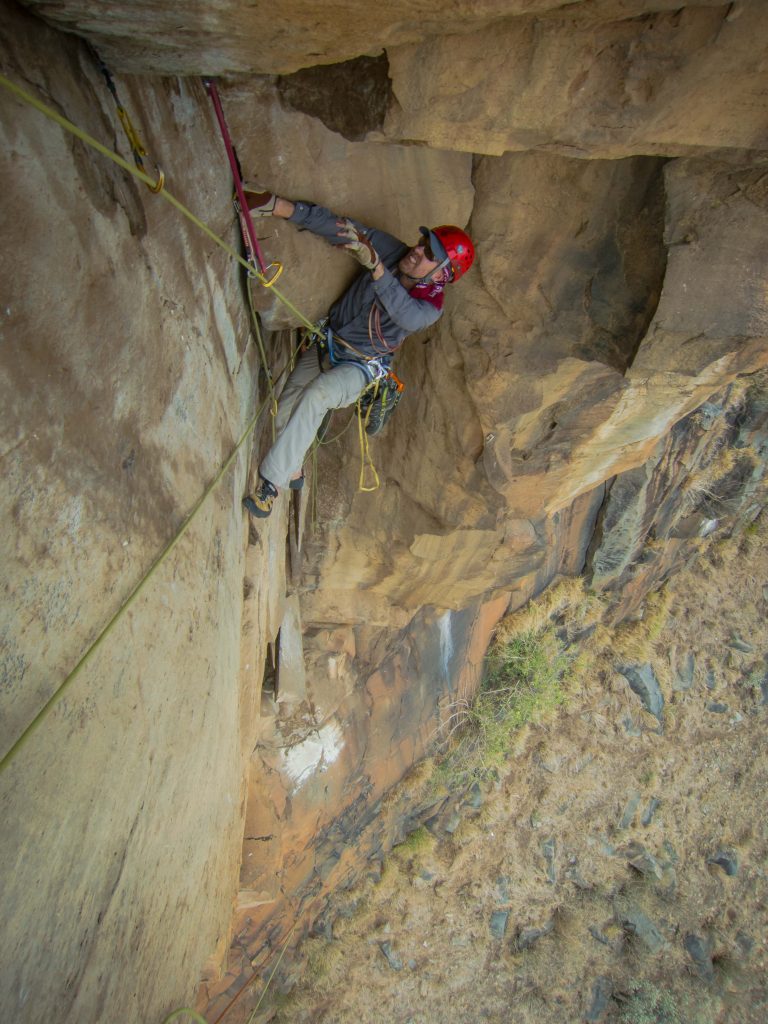 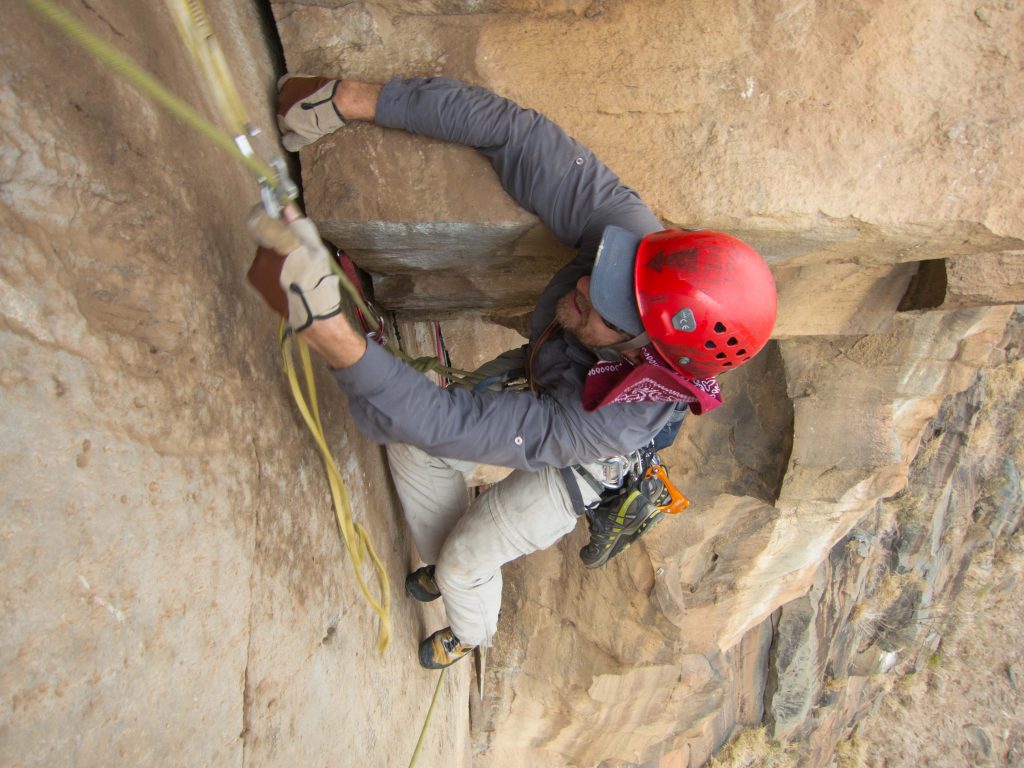 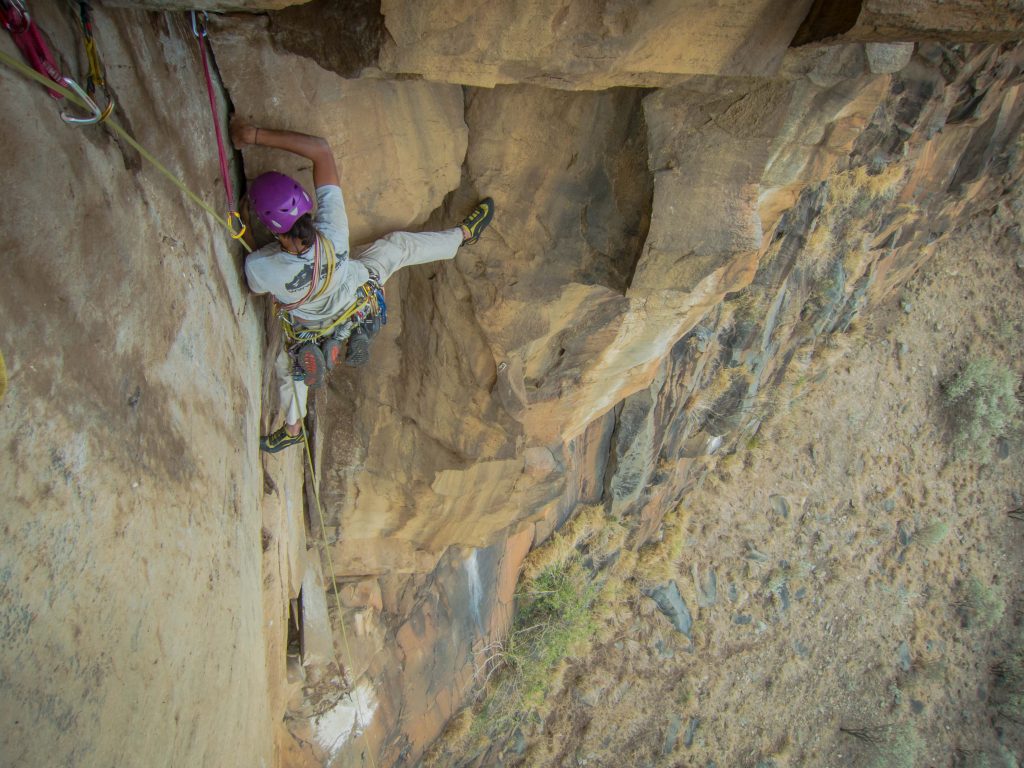 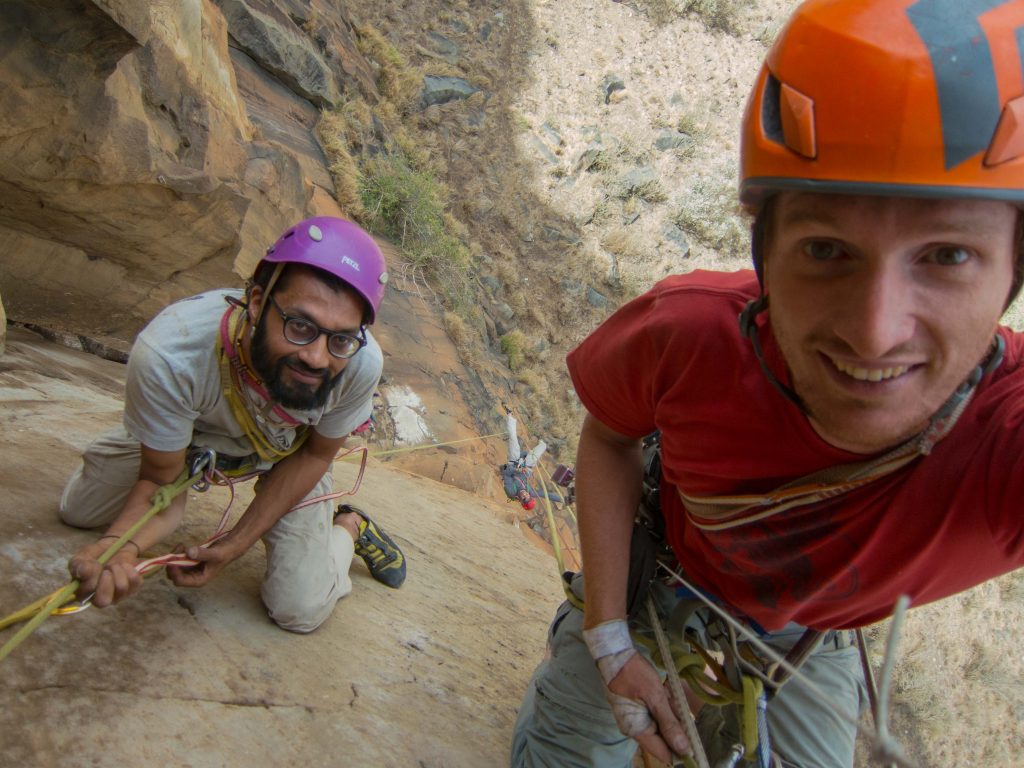 From our new anchor, the free-hanging 55m abseil dropped us directly at the base of the route. Beers and burgers met us soon after at Carnelly’s. A brilliant adventure with great friends! For me, the perfect way to wrap up my last visit to a crag that has meant a great deal to me over my years in Kenya. 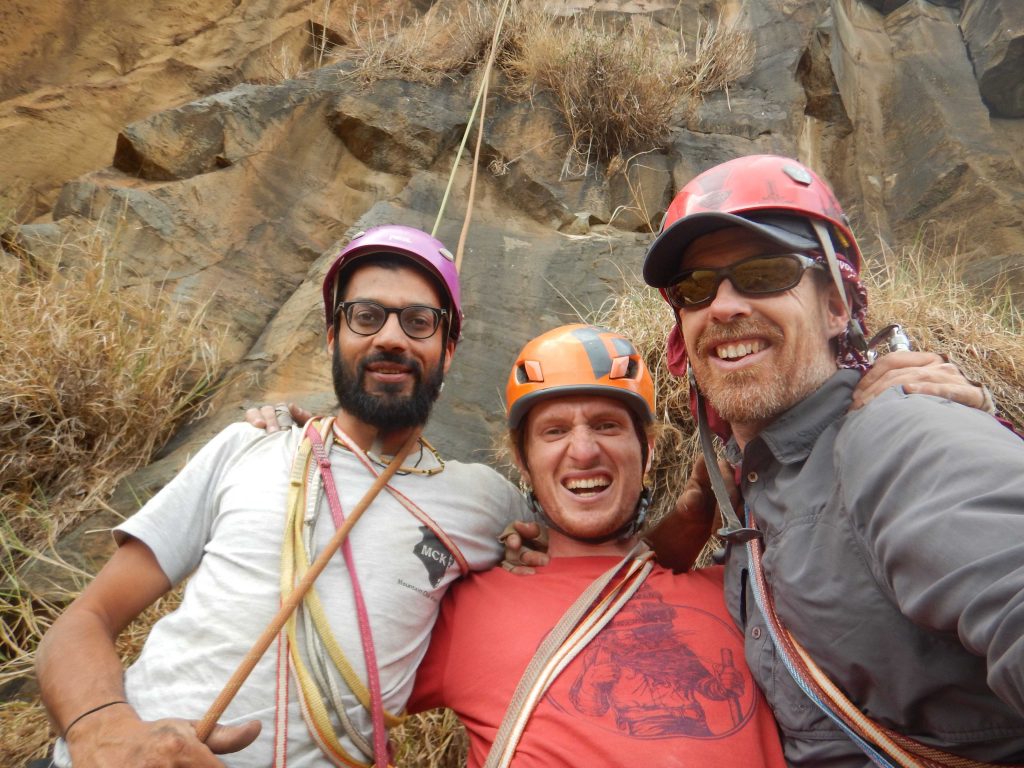 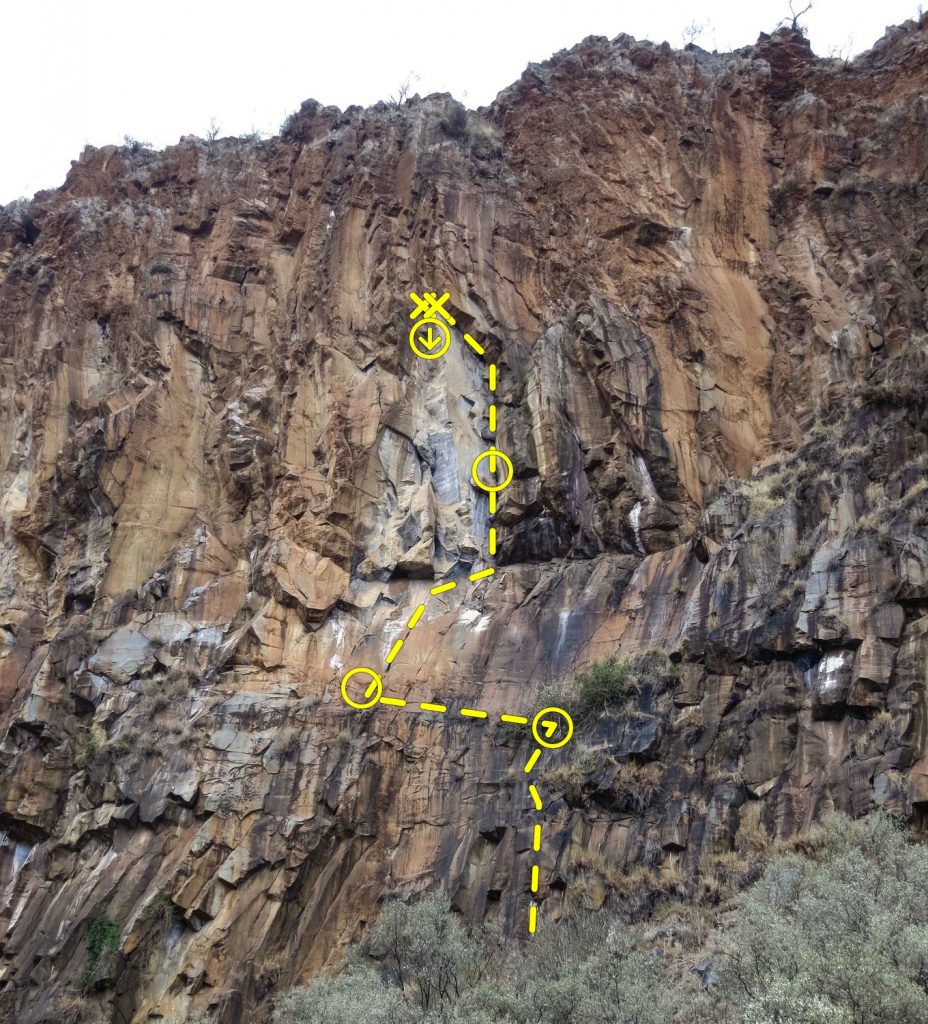 The Left End of Main Wall, crossing with Capital Punishment for a section of the white corner.